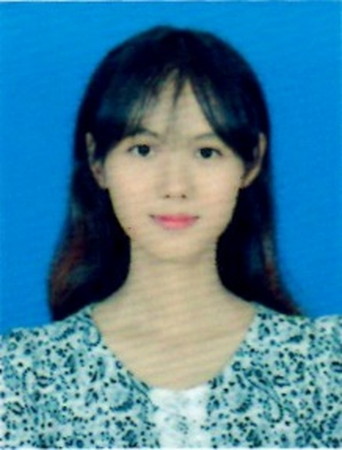 Myanmar is currently facing with global pandemic. Early in the crisis, the previous government rapidly implemented measures to contain the virus. A total of 3,126 people died in the first and second waves between March last year and late May this year. On February 1st of 2021, the whole country was controlled by the military through a military coup. Mass protests have been taking place across Myanmar since the military seized control. From June of 2021, 3rd wave is gradually hitting to Burmese, mortality rates climbed up day by day with high rate of local transmissions. Alpha, Beta, Delta and Kappa viral strains have been detected. Since the beginning of the pandemic until September 3, 2021, Myanmar has conducted a total of 3,722,171 lab tests and 409,509 persons were found to be positive for Covid-19. Those who recovered were 358,074 and death cases were 15,693 (this is the updated news of Ministry of Health and Sports, MOHS on 3.9.2021). According to the updated news of 4.9.2021, there were 3,410 new cases and 93 death cases on that day. https://mohs.gov.mm/Main/content/publication/2019-ncov

The previous one did effective control measures and good preventions on that pandemic. However, it has totally changed right now. This is the consequence of the military coup. Under the military regime, many hospitals are now understaffed because of the shortage of healthcare workers (mostly doctors, nurses and other supporting health personnel) and volunteers all over the country, and unable to treat people as was during the country’s first and second waves before the coup. Military announcement and some restrictions were not fully followed. Because people are keen to protest than other things; they thought that the 3rd wave would be similar to the previous two waves (no serious death rates); so they did not take the health crisis seriously and military also just focused on the coup and the stranglehold on power.

The most catastrophic thing has been induced by the above two factors; we found that we have been lack of oxygen supply. Private oxygen plants have also been ordered by the junta not to refill oxygen cylinders for individuals; it is laborious for patients to obtain oxygen support at their home. Deaths were due to lack of oxygen; patients received neither full hospitalization care nor medical oxygen. Some hospitals could not accept anymore Covid-patients because of unbalanced ratios of patients and health care personnel. In addition, some common drugs in pharmacies were out of stock. Prices of oxygen concentrators are expensive and ordinary families were not able to buy it. Therefore, Myanmar as a nation, especially the population, could not breathe as well.

The major cause of the widespread outbreak is considered to be the movement of infected people via illegal pathways, especially at the border areas, between India and Myanmar. The MOHS reports are strongly believed to be an underestimate of the actual situation as they did not calculate the number of deaths at home. During that time, daily record shows approximately 1,500 to 2,500 dead bodies have been reported in Yangon’s cemeteries. Previous government gave out rational and financial support to people in poverty but the new one did completely nothing in this aspect. Military government re-imposed the precautionary measures to control and limit the risk of the spreading the corona virus in Myanmar.

Lockdown, as we called “Kant Thet Nal Myay” was implemented. Panic buying is usually induced with the beginning of the Lockdown period. The Lockdown period was 14 days long. Gathering of 30 people and above is restricted. Public transport and domestic flights kept on operating and Express Bus Transportation reduced the number of passengers to half. Moreover, the passengers can travel if only they have a health check and self-quarantine on arrival. Some local industries and privileged people often took to mobile selling of their goods at the cheapest price, and lent out their facilities for public use. The NGOs also provided charity for the needy. Nevertheless, these situations took place under the previous government. Military could not handle these entire situations.

All government and private schools, universities, all social events and entertainment centers are closed. Restaurants are only available in take-away system according to the announcement. Curfew was imposed from 24:00 to 4:00 in some cities, others are under the curfew from 21:00 to 4:00 and under stay at home program. It is compulsory for wearing of face masks and social distancing in public. However, punishments of flouting those rules were just only done in supermarket or in plaza (shopping mall) and in most of all the other places, the rules were not enforced.

The previous government covered all the cost of diagnostics (PCR methods). Right now, with the increase of more Covid-cases and patients, there is an overloading at the diagnostics labs. So, the use of Rapid Test Kit becomes a solution. If we want to test using PCR, we must pay for the total charges of it. That can only be done in private hospitals and not in government ones because military often complain about the financial expenses of the hospitals and labs. Military is aiming for 50% of population to be vaccinated (Sinopharm and Sinovac vaccines) by the end of this year. From their data, at present 3.3% of the population is considered as fully vaccinated. Notably, military is now moderately building some Covid-treatment centers after a huge number of death of the citizens.

There is no clear solution on the use of traditional medicine to combat Covid-19. However, most of the people believe that blended smell of Dregea volubilis leaves makes oxygen level to become higher up, ginger and palm sugar soup can be served as immune booster. Myanmar has so far reported more than 280,000 cases and 8,200 deaths in this 3rd wave. A few patients were treated with the expensive antiviral drugs (Remdesivir) and Tocilizumab (to reduce blood clotting). The researchers assumed that two third of Burmese citizen were in herd-immunity. Self-care is more intensive among us. In some cases, there were Free-of-Charge tele-consultations services for the needy. We are unable to pay for expensive drugs or services.

As my experience, my father recently suffered from Covid-19 but luckily he has been able to recover. To make things better, we took precautionary measures, a few supportive treatments and pay attention to mental care. Our citizens are still scared of Covid-19. We have neither fully governmental hospital services nor enough financial capacity to obtain treatment on our own.

We are holding together two different poles; LIVE OR DIE

Figure 2. Photos showing my relatives were being treated at the Covid-centers