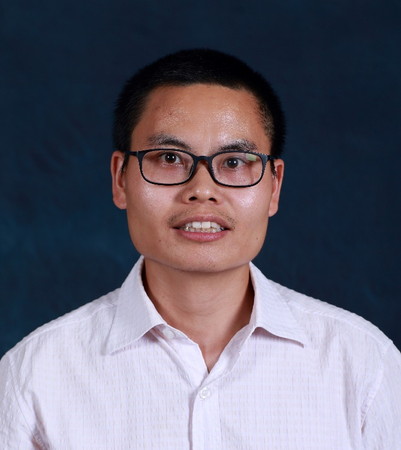 In China, the biggest problem faced now amid this pandemic is the control of imported cases or the control of viruses that were thought to be on the imported cargoes. To reduce the threat, disinfection measures on the passengers, the cargoes as well as the airport staff are very strictly performed. All passengers from abroad must be tested with nucleic acid detection test and quarantine for at least 7 days. No outbreak of viral infection on a national scale has been reported in China since last year. However, the control of the spread and outbreak is still a super challenge for the government since the variant viruses like Delta (B.1.617.2) and Mu (B.1.621) are spreading quickly worldwide in recent days.

In China, the financial help from the central or local government covers all people. The citizens receive vaccine injections for free. In those lockdown areas with confirmed cases, people received food allocated by the government.

In China, if any cases were confirmed by regular nucleic acid detection (PCR test) in an urban or rural area, the community or the town will immediately be lockded down and movement of all the residents restricted. This is followed by the PCR testing of all the people living there. The risk level of that area will be increased or reduced by the government according to the number of the confirmed cases. If no more cases are reported 7 days or 14 days later, the lockdown will be lifted. During the outbreak control, essential industries like supermarket and express delivery industry were allowed to continue operating to provide services on condition that the companies enforce strict measures on their staff to follow the Disease Prevention Standard Operating Procedure (SOP). As household goods and food are abundant in China, no frenzy buying was reported in the public news this year.

In China, most civilians strictly follow the regulatory rule for Covid-19 control. To be able to track any suspected cases, wearing of masks and scanning of health QR codes has become essential for people who are going to enter to the public buildings or parks. However, with the progress of the control of the disease, compulsory wearing of mask has slowly been relaxed at certain events. There are occasional reports of those violating the rules, in which cases, the person was put into administrative detention or even criminal detention, though this happens rarely in China.

Large-scale diagnosis of Covid-19, based on PCR, was carried out on people traveling across regional or provincial boundary, and also on those who work at high-risk areas such as airports, hotels and hospitals. We need to pay around 70 RMB for a single PCR test if we need the test result for personal use, while there is no need to pay for the test if it is organized by the government to rule out suspected cases. Recently, variants of the viruses with imported transmission, especially the Delta strain, were confirmed to be the causative agents of local outbreaks in Yangzhou, Zhangjiajie and Xiamen.

As of Sep 15, 2021, a total of 2.16 billion doses of vaccines had been administered to the population, with 1.01 billion having received the second shot of the vaccine. In China, vaccination is organized by the government and it is free for everybody.

The National Medical Products Administration (NMPA) of China has approved the use of Qingfei Paidu Granules (清肺排毒颗粒), created by the Institute of Clinical Basic Medicine of Chinese Academy of Chinese Medical Sciences, Huashibaidu Granules (化湿败毒颗粒), produced by Guangdong Yifang Pharmaceutical Co., Ltd. and Xuanfeibaidu Granules (宣肺败毒颗粒), made by Shandong Buchang Pharmaceutical Co., Ltd. through the special approval procedures. These products went on the market for Covid-19 treatment on March 3, 2021. Ivermectin is not considered a valid effective drug for the treatment of Covid-19, due to the lack of large-scale clinical data to support the current proposition and belief.

There is no need for NGO/ NPO to do charity in the fight against Covid-19 in China because the Chinese government invest heavily to fight against Covid-19, and thus the role of NGO/ NPO in this matter is just like icing on the cake. Smartphones are very common in the whole country now, so students from primary schools to universities living in rural areas could also get access to the internet when they were asked to stay home and study online. The local government paid close attention to the remote area and took actions to improve the accessibility of the internet, making sure that not even one student could not study online. This year, practical classes were partially resumed, as more control rules were relaxed for the students to move back to the campus.

Overall, the pandemic has many bad effects on me and my family. I could not travel with my kids, could not take them back to visit my native home in Hubei Province and thus their mental growth and blissful childhood days will be dented by the lack of traveling and learning more about their own ancestral background and country. The pandemic has heavily affected the economic development of our country. The financial support for our scientific research from the government has also been greatly reduced. As for myself, at least 10-20% reduction of my research grant has been felt.

Due to the impossibility to eliminate Covid-19 viruses throughout the world within several years, we need to learn how to control and restrict the influence of this pandemic and move forward.