Update on Covid-19 situation in Bhutan 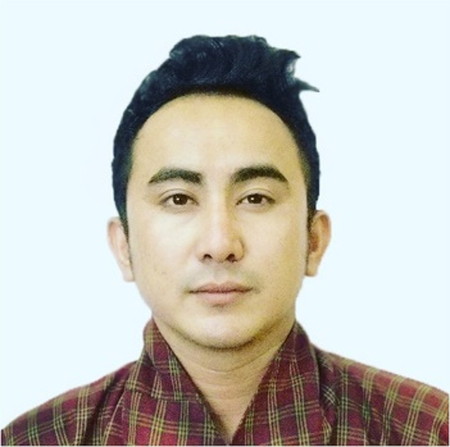 Like the rest of the world, for Bhutan too the tourism and hotel industry are affected the most due to COVID-19 pandemic. Furthermore, the government is also concerned about education quality due to online teaching and learning approach. Apart from hotels, other business sectors are also affected due to the restrictions on movement within the country. For example, the high-risk areas identified in Bhutan are Southern parts of the country (maximum cases recorded) which shares international border with India and there are strict regulations set by our government such as one week mandatory quarantine for those who wish to travel from high-risk areas to rest of the safer zones in the country. In particular, a previously commercial hotspot town in Southern Bhutan, Phuentsholing has been affected the most due to the pandemic because lockdown persisted for longer duration as a result of which the residents of Phuentsholing moved to safer zones. For the international incoming travelers, it’s two weeks of mandatory quarantine. For both the international and national travelers a negative COVID-19 test result has to be declared. Since the situation is improving now after the second dose of vaccination, the shops and other business hubs are functioning well. In my opinion all these control measures enforced by our Royal Government of Bhutan have been very effective control measures to prevent the spread of COVID-19.

With the visionary and dynamic leadership of our King, His Majesty the Fifth King Jigme Khesar Namgyal Wangchuck, the government has been supporting the victims and their family with financial support which we call Kidu from the King. The citizens whose jobs had been affected by the pandemic were identified and they were provided with monetary benefits. The loan accounts in Banks were deferred without having to pay any interests. Our King had been spending time touring the whole country and monitoring the frontline workers in the high-risk areas guarding the international borders. Bhutanese are privileged to have such a loving and caring King because he has always been the light in times of darkness nationally or globally.

There were two nationwide lockdowns so far for a duration ranging from three to four weeks. The first lockdown was difficult for both the citizens and the government but it definitely helped to prevent the spread of virus. The grocery stores and vegetable markets were houseful when the government announced about the lockdown. Food items were the most commonly rushed for household item by the public. Even during the times of lockdown, door-to-door delivery of food items and other services were provided efficiently by our frontline workers.

There are policemen, Desups (Guardians of Peace) and other officials to ensure that the COVID protocols are strictly adhered by public in any places. There have not been any severe cases of violation so far by the public but the repeated offenders are taken into police custody.

Rapid antigen test and RT-PCR are the two laboratory tests done in Bhutan which are provided for free of cost by the government. Random sampling is done with rapid antigen test and if found positive, PCR is done for further confirmation. Isolation and nursing of the positive cases are strictly practiced with SOPs framed by National COVID-19 Taskforce.

The vaccines administered in Bhutan are Covishield (AstraZeneca) and Moderna. Both the first and second doses are vaccinated in adults across the country and currently children under the age group of 12 to 18 have also been vaccinated. This is a great achievement for Bhutan because of the fact that Bhutan has population of less than one million and we have efficient delivery of services existing in the country. As of 16th October 2021, 65.1% of the total population have been fully vaccinated. We are blessed to be the citizens of Bhutan where the quarantine, medical services and vaccines are also provided for free of cost. Not only the Bhutanese citizens but also foreign nationals working in the country are provided with these services.

There are no evidences of traditional medicine used to prevent or as a drug in therapy against COVID-19 in Bhutan. Ivermectin has never been used in Bhutan for COVID cases.

Bhutanese nationals both inside and outside the country volunteered on their own to contribute financially to the government during such difficult times of pandemic. Apart from such voluntarily financial contributions, the people of Bhutan were cooperative and respected all the control measures enforced by our government. The focal persons with other officials from various organizations in the country worked hard tirelessly with dedication to serve our King, Government and Country.

In my opinion, for any nation to achieve a national goal, it’s not just the government’s role to shoulder upon all the responsibilities but also the citizens’ responsibility to participate equally to help the government in achieving that goal. And I think my country Bhutan has been doing that step by step and showing a good example to rest of the developed countries across the world under the leadership of our loving and caring King. This global war against pandemic is not yet over but mankind must hope for the light at the end of this tunnel.