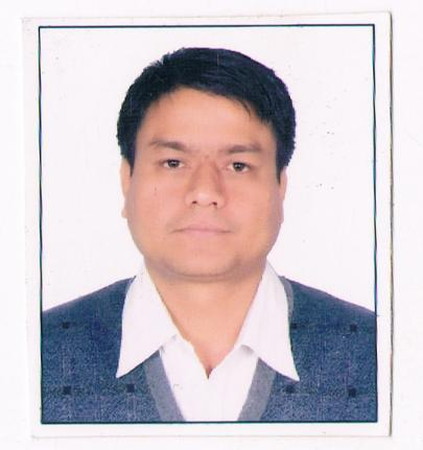 Not a single sector remained unaffected by the COVID Pandemic in Nepal. Tourism and hotel industries as well as the educational sector and students are among the most affected because of pandemic. On the onset of second wave of pandemic, Nepal Government imposed second lockdown this year too. This time, the lockdown was planned according to the number of active cases, 500 in the city area and 200 in the village area. Later, when the cases increased rapidly, there was a nationwide lockdown. There were restrictions in the movement of vehicles and services except for the services listed in essential services by home ministry of Nepal. Recently, there was a rule where vehicles with even number can move on even dates and odd numbered vehicles on odd dates. But at present there is no any movement restriction. Wearing mask is compulsory and people are requested to maintain social distancing. Restaurants and bars are allowed to open only till 8 pm. There is no night market.

Nepal government gave some discounts on the interest of bank loans to the most affected sectors like hotel industries, transportation industries etc. Special offers of low interest loans was provided to the oxygen plants. Nationwide, social activists and youths carried out different campaigns to feed the hungry and needy people.

There is still a lockdown but in a different form and is called restriction order in Nepal. If anyone disobeys the restriction order the punishment is according to the act of “Epidemic Disease Act 1963” where people will be fined and/or imprisoned for certain duration. As the second wave of COVID hit the country it is six month of lockdown this year. Home Ministry of Nepal Government listed 22 sectors as essential service sectors which were allowed to carry their activities despite lockdown. One of those sectors is Veterinary Service. Since this is the second year of pandemic and people faced much stricter lockdown last year, people were much convinced and self-managed this year. Moreover, daily consumable goods were listed in the essential services and the groceries and marts were opened till 8 pm, so people could easily buy their essentials every day.

Wearing mask has now become the habit of every Nepalese. But most often people are seen wearing in a wrong manner like hanging the mask in the chin and not covering the nose and mouth, some covering the mouth but not the nose. Police officials are seen busy teaching such people to wear the mask properly. Very few people are cautious about social distancing. Regardless of “Epidemic Disease Act 1963” and nationwide awareness program regarding wearing mask, social distancing, hand washing and use of sanitizer has been announced in radio, TV and cell phones but exceptionally few cases had been punished or fined. The amount fined is Nepalese rupees 100.

Initially Antigen detecting kits were used for diagnosis but now most of the confirmatory cases are diagnosed through RT-PCR test. In government hospitals it is free of cost but private hospitals charge Nepalese rupees 2000 and above for the RT-PCR test. Now Delta Variant of SARS-CoV-2 has been seen among the COVID patients.

The Non Replicating Viral Vector types are made by:

Some of these vaccines were manufactured in Japan and Sweden.

The Inactivated types are made by

Till now 15% of the total population of Nepal are fully vaccinated. Nepal government has provided vaccines free of cost to the people. Vaccine has been administered initially to the professionally risky group like medical doctors, nurses and hospital workers. Secondly to the security forces and ambulance drivers. Later, the vaccination has been scheduled on the basis of age of people starting above 70 years. Now it is the turn of people aged 40-45 years. Within a few months all the people above 18 will be vaccinated.

As the number of daily cases increased, Nepal government imposed lock down and many people lost their jobs. They could not manage their basic need of food and clothes. Some social activists raised charity and managed food for the poor ones. Local government also distributed some groceries to support people fight hunger.

Education system is one of the most affected sector due to pandemic. Schools are run on online classes. In rural areas where there is no internet facility, courses are covered on the physical presence of the students within a very short period of time. Nepal government has already announced to run the classes on physical presence of the students and faculties with all the necessary precautions and facilities. Schools in capital city will be run from the first week of September and gradually nationwide schools and colleges will be opened. Previous year, students appeared in practical classes as the institutions opened on physical presence and this year too, the practical classes will run accordingly.

Although the COVID pandemic has brought great disaster to humankind, resulting in millions of people losing their lives due to pneumonia and immuno-hypersensitivity, it has also taught us a few good lessons. Personally, the most remarkable messages left by the pandemic for us are importance of family members during the period of crisis, importance of personal hygiene, importance of savings and its usefulness in the period of crisis, self-preparedness to fight against the pandemic, interactions between the society members and many more. Home can itself be a workplace from where one can earn his living but education and internet facilities are of vital importance. Nepal has to learn to be advanced in science and technology and industry since no facilities are developed to manufacture vaccines within the country yet. 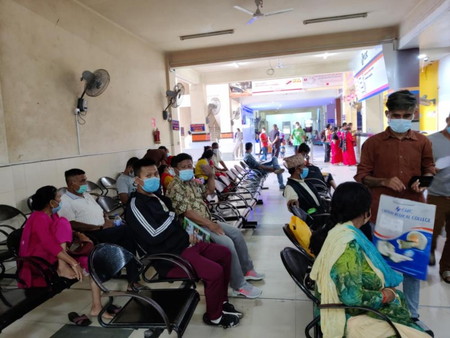 Fig 1. People are not aware about social distancing in the hospital lobby. 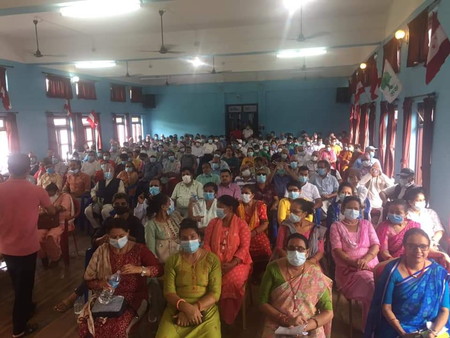 Fig.2. A public gathering of Nepalese people who are not following social distancing and not wearing the mask properly. 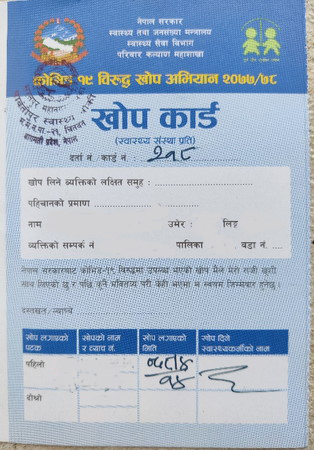 Fig. 3. Vaccine card issued to those who had been vaccinated