On December 1, 2019, the first case of novel coronavirus fell ill on the same day in Wuhan (no history of contact with South China seafood market), Hubei Province. Then analysis of clinical characteristics of 41 confirmed patients, 27 cases had exposure history of South China seafood market. The first case of novel coronavirus was reported by Wuhan Health Commission on December 8, 2019. The first patient was diagnosed on December 12, 2019. From the newest data of our country, it was reported a total of more than 82700 confirmed cases and more than 2000 people are still under treatment, with a death toll of more than 4600 people.

To control the disaster, Chinese government made national responses to it. Starting from the eve of Spring Festival, epidemic prevention and control began to rise to the national level, the central government began to deploy epidemic prevention and control at the national level. Wuhan was closed, provinces raised the level of response to major public health emergencies one after another, and the whole country acted quickly, by quickly forming a situation in which the whole country made concerted efforts to fight the novel coronavirus. As long as they are feverish, they will be asked to be quarantined, and then they will be examined accordingly to determine whether they are COVID-19 patients.

During the period of epidemic prevention and control, our country announced a long time ago that all costs of any confirmed and suspected cases will be borne by the government. The government bears all the costs, which fully reflects the supremacy of the interests of the people, but also plays a positive role in the prevention and control of the epidemic, so that all patients should be treated, and the worries of the common people have been solved. It avoids the situation that some ordinary people do not want to increase the burden on their families and does not go to see a doctor, thus reducing the risk of virus transmission.

In this epidemic, the medical and nursing community in our country fully carried forward the traditional virtues of giving up the small family and taking care of the big family. Many party members and cadres rushed forward and took the initiative to apply for support in the epidemic area, and more than 42,000 medical and health care personnel from across the country rushed to Hubei to provide support. Many medical staff from all over the country have taken the initiative to apply for admission to designated hospitals. It is precisely because of the selfless dedication of these health care workers that the case fatality rate in our country in this epidemic is so low. It was reported that none of those medical personnel who went to Hubei to help was infected.

The latest issue of the Chinese Journal of Epidemiology published the results of an epidemiological survey based on more than 70, 000 cases of COVID-19. The researchers believe that although 2019-nCoV is highly contagious, most of the patients are mild, and the overall crude case fatality rate is low. Most of the deaths are patients aged 60 or above and suffer from underlying diseases such as hypertension, cardiovascular disease and diabetes. The downward trend in the overall epidemic curve indicates that restrictions on the movement of people, reduced contact, multi-channel and high-frequency dissemination of key prevention messages (such as hand-washing, wearing masks and medical information), and the mobilization of rapid multisectoral responses, help contain the epidemic. And as people return to work, they need to actively respond to a possible rebound in the epidemic.

In my opinion, all students, from primary schools to universities have to learn at home. All parents also adapt to create a learning atmosphere for young generation. The economy is changing a lot as many industries are under the biggest shock from history. People will pay more attention to the environment protection and the peaceful interaction with wild-life, especially those wild animals preyed by human for consumption.

(THE WORDS EXCEPT THE LAST PARAGRAPH ARE COLLECTED FROM PUBLISHED MEDIA) 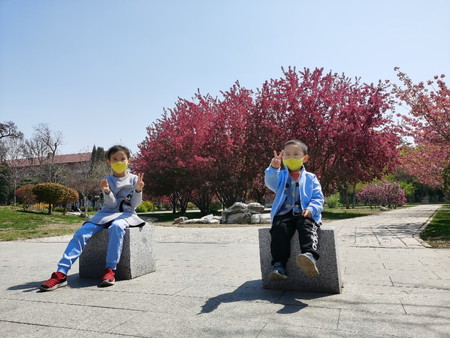 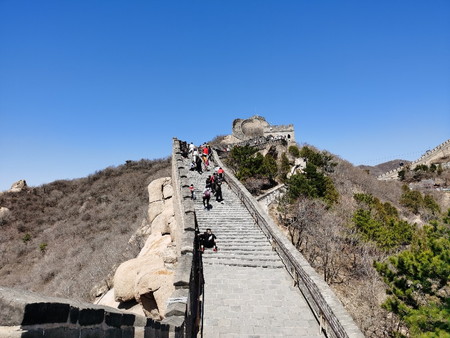 Badaling Great Wall, only several tourists as compared to the crowded conditions in previous years (Picture taken on April 3, 2020).