The first cases of coronavirus in Wuhan, China, were reported to the WHO at the end of 2019. From that moment, all countries were put on alert against a new global challenge: prevent the spread of a new virus, which was causing thousands of infected and dead.

The first case in our country was confirmed on March 3, 2020. It was a 43-year-old man who had visited Italy. The next day, suspicious cases were announced in some provinces. In March 5, we already had the second confirmed case. While the cases increased, unfortunately on March 7 we reported the first death of COVID-19 in Argentina.

Facing the situation of COVID-19 that was being experienced in the world, before it arrived in Latin America and from there to Argentina, we had time to take early prevention measures. Consequently, the President of Argentina decreed the closure of schools on March 16, and the mandatory quarantine on March 20, until that date with 158 infected and 3 dead. A week later, on March 27, the government closed the national borders, airports, and seaports.

Cancellation of football matches, promotion of home office, reinforcement of hygiene measures, mandatory use of mask, financing of research projects, payment of emergency family income, were other measures that were added along the way.

The aim of these measures taken is to minimize the circulation of the virus, prevent the crowding of people and the collapse of hospitals, in order to prevent what happening in United States, Spain or Italy, and somehow manage to flatten the infection curve. Currently, Argentina is experiencing linear growth, with a total of 3031 infected and 142 deaths to date, indicating that the measures taken are being effective.

Despite the measures are proper, it has showed the deficiencies we have in certain areas.

The question is what happens to the most vulnerable areas of the population?

Here is the real problem:

Isolation policy in response to the health crisis resulted in the stoppage of most work activities. For many families who live day by day, not leaving their homes during the quarantine is impossible. In addition, in the most vulnerable areas, some people live practically on the streets, others live in overcrowded conditions, where social isolation is not possible, also the infrastructure problems of some homes, lack of running water and sanitary systems, making impossible to take the basic hygiene measures such as hand washing, which is strongly emphasized as a preventive measure.

Despite the government is reinforcing the payment of social plans, such as the Universal Child Allowance or the Emergency Family Income (sum of $ 10,000 pesos argentinos) for informal workers, in some cases they are not enough to guarantee basic needs.

According to INDEC (National Institute of Statistics and Census), at the end of 2019, 35.5% of the Argentina population was poor and the number will increase during the health emergency.

I hope that we can learn and become aware of what is being experienced worldwide. We learned that time is the key. This situation will serve as an example for us to face future pandemics, taking early measures that take into account the most vulnerable areas of the population and be able to reach the entire population equally.

We are facing an invisible enemy. It is essential to be united as a society, where solidarity and social responsibility prevail, in order to emerge stronger from this situation. 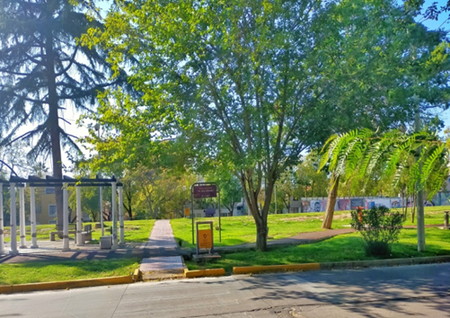 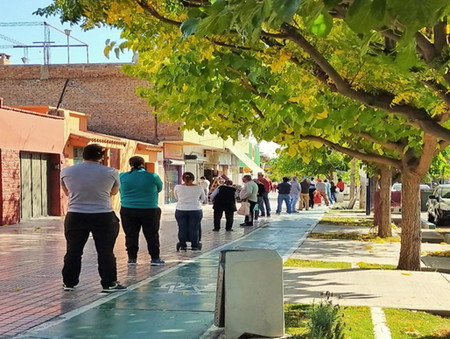